A New Member and an Older Story

As thirty plus Middlesbrough Erimus members and partners took their seats in the Zoom stalls once more on Tuesday March 9th, a new member took his place amongst them. David Branson upgraded from an associate membership and was welcomed by President Dave Whittaker – his regular cycling partner. As David B is a Councillor for Coulby Newham the President reported that many of their bike rides in pre Covid days had been interrupted by calls from residents upset about potholes or other issues. David continues to lecture on Health and Safety issues at Middlesbrough College and expressed his enthusiasm for the work of Rotary in the town. The newest member joined others to hear one of the club’s longest serving cohort give a whistle stop tour of his 44 year career in and around Middlesbrough.

Trevor Atkinson joined the staff of one of Middlesbrough’s two travel agents T.A. Bulmer in June 1954, a time when company principals were known as Mr Alan and Mr Stephen , young Trevor was admonished on addressing the telephonist by her Christian name Margaret and was told “I’m Miss Turnbull “. Leading families in the towns commerce were still booking holidays with White Star Line and the like-their clients list ran like the shop front names along Linthorpe Road with the Newboulds, Uptons, Newhouses, Clinkards and Sparks to name but a few! After 18 months young Trevor was able to upgrade his status to Office Boy in the Council’s Health Department where his first task at a time of a dysentery outbreak was the collection and delivery of ‘poo’ samples. More edifying work came in assisting the Port Health Officer dealing with vessels in Middlesbrough Dock and a highlight in those different days was sampling curry on board the Liner ‘City of Port Elizabeth’ on her second voyage to the Tees. National Service saw Trevor drafted to the RAF and on his return to Civvy Street he resumed service with Middlesbrough’s Health Department – a recent outbreak of polio (this was 1958) saw Trevor given responsibility for registering and monitoring children’s vaccination certificates plus he was given charge of the chocolate buttons, a handful for each well-behaved child and a couple for Trev of course.

July 1960 saw the passage of a new Mental Health Act and young Mr Atkinson was enlisted as one of the first three official Social Workers in the town. Trevor’s patch covered most of the borough’s back to back housing where despite crowded conditions there was resistance to slum clearance because friends and families were being separated and a way of life was disappearing. Now Trevor was appointed a mental welfare officer and spoke of the trauma involved in obliging some people to be ‘Sectioned’. A subsequent move in 1970 saw our man move to Guisborough and cover a much more rural area whilst a course at Newcastle Polytechnic in 1978 ensured his skills and lifetime experience were backed up by appropriate paper qualifications. Three years later at the start of the eighties Trevor was managing three offices dealing with mental welfare and within a few short years he and other elements of the Social Service scene were dealing with the awful fall out of what became known as the Cleveland child abuse scandal where many innocent families suffered greatly. There were lighter moments in the role as Trevor recalled accompanying police to the isolated and elevated Tan Hill pub at two o’clock in the morning on a mental health pretext to find the hostelry, which had been forewarned, completely full of people sat at tables chatting with not a drop of alcohol in sight!

By November 1998 a very special retirement party was laid on with many of his former colleagues present to wish him Godspeed as he and wife Mary set out on a couple of decades of world travel by ship and plane- but that story is for another meeting. 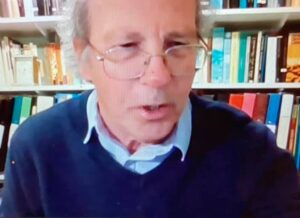 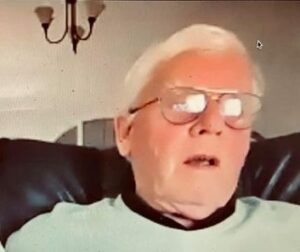