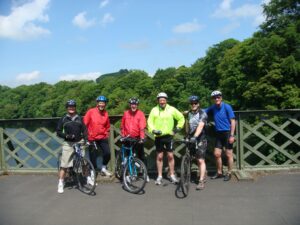 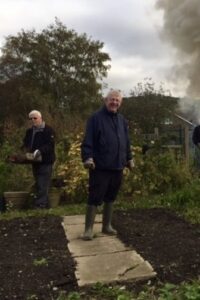 Members of Middlesbrough Erimus were unanimous in their delight at hearing of their fellow Rotarian David Jackson’s award of a BEM in the New Year Honours announcement . The WhatsApp responses to Dave shared a common theme ‘Well Deserved”. A founder member of the club in 1985, his hand rises skyward whenever support is requested. Rotary connections with Park End primary school led to his personal involvement, initially listening to children read and culminating in his current post as Chair of Governors whilst also holding a similar post at Yatton House in Great Ayton. David and his wife Dorothy have grown their links to the Chernobyl Children project and regularly host two young people for their summer visit. Assistance to hospitals and schools in Ghana has seen the former local government officer flying out at his own expense to ensure funds raised on Teesside were spent wisely. David even bravely put his body on the line resuming cycling after several decades to join an Erimus Coast to Coast bike ride which raised funds for local hospitals as well as those in Africa. The Christmas season will often see David, dressed in red on the Rotary Christmas float and sharp eyed viewers of this year’s Erimus Rotary Christmas video might have recognised his starring role -once again dressed in red with white trimmings! After a tough socially distanced nine months members now have an extra reason to toast the coming year as we look forward – Cheers Dave!

Pictures show Dave clearing land at Yatton House and third from left on his Coast to Coast ride, both in company with other Rotary members