Once again members of Erimus Rotary took their seats in the zoom stalls for a weekly session on Tuesday March 23rd. A fresh face had joined the gallery and was introduced as our newest member. Not new to Rotary though , Jacqui Molyneux is in fact last year’s Rotary District Governor; a lead role; and she explained her move from Consett to Teesside with a picture of a nine month old baby grandchild living in Middlesbrough. Jacqui, a former veterinary surgeon and active magistrate, has been a member of Rotary for over 25 years and was warmly welcomed by President Dave Whittaker.

A sharp turn of business then switched the topic to fraud. Erimus member and Treasurer Fred Hutchinson began by describing a career in local government finance and university theaching at Cleveland thence New College, Durham and Teesside University. Fred then detailed the growth of what used to be known as ‘White Collar Crime’ through a variety of colourful characters who were at once both dishonest and convincing. The cast included a local con man Mark Mills who defrauded the local YTS schemes in the 1980s out of very large sums by ‘inventing employees and their National Insurance numbers. We then travelled many a crooked mile and observed multi million-pound deceptions over the next dozen screen shares. One really startling example was the ‘Laird of Tomintoul’ whose position as chief accountant for the Metropolitan Police enabled him to fleece them of over £5 million (just google his title!). Bringing the rogue’s gallery up to date and back local was the story of John Darwin’s apparent disappearance from his canoe off Seaton Carew. Audit weakness and inadequate company governance suggest that whilst modern fraud may have become more sophisticated its deterrence was still playing a slow game of catch up. Fred was warmly thanked for his fascinating and forensic trip through some very dodgy accounts by Rotarian Liz Sloper. 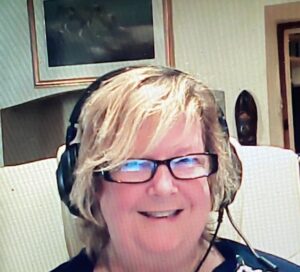 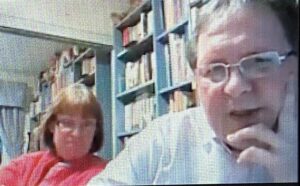