Erimus is bowled over – again

On Tuesday 23rd August in what has now become a tradition, members of Erimus Rotary club donned flat shoes and light summer attire for an evening with Nunthorpe Bowling Club.

The beautifully manicured greens are tucked away beside the Middlesbrough to Whitby trainline but what they lack in visibility is more than made up for in friendship and welcoming smiles. This year in response numbers had grown to almost forty and the smartly clad Nunthorpe Bowls Club members took us all in hand splitting the aspirant bowlers into groups of six and running through a simplified version of the rules and set-up.
Once trial bowls had been rolled out, the ends were played to a backdrop of disappointed groans and surprised exclamations of glee. Competitive levels varied from relaxed and laid-back partnerships to municipal rivalry as Rotarians from different communities sought to prove their pre-eminence.
As jacks were rolled out and bowls chased out toward them, points were being added and experience gained some groups even began to look, well less like beginners and the club members were able to offer a little praise rather than instruction.
All too soon our annual visit was drawing to a close, we gathered over tea and biscuits, surrounded by certificates awarded by ‘Britain in Bloom’ the club have gained. Erimus members expressed genuine thanks and gratitude to Brian Corfield and his members for their patience and encouragement, as ever they bowled us over with kindness and we look forward to Nunthorpe Bowls 2023 already!

Pictures show Erimus in action and Nunthorpe’ sweeping’ the bowls away 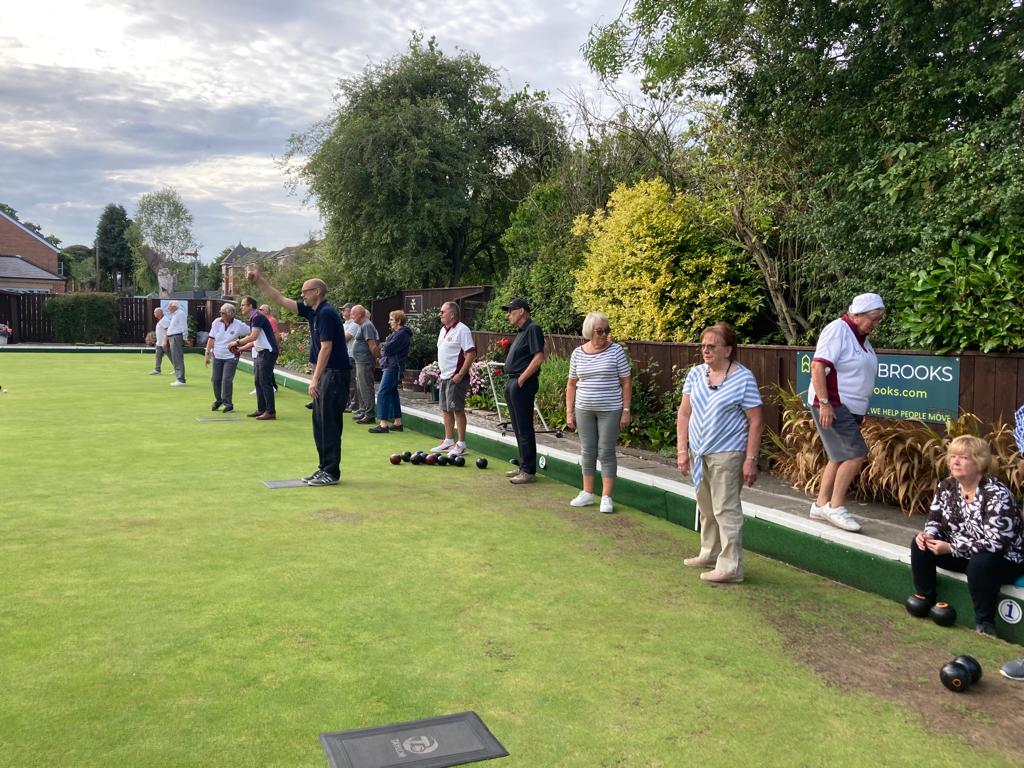 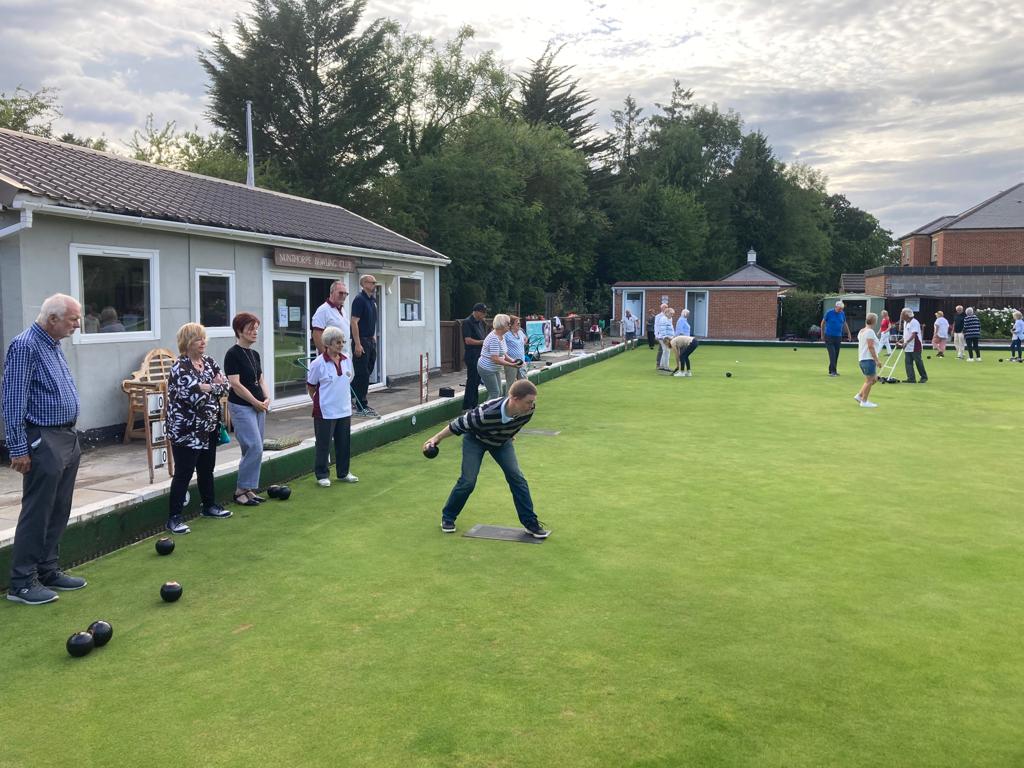 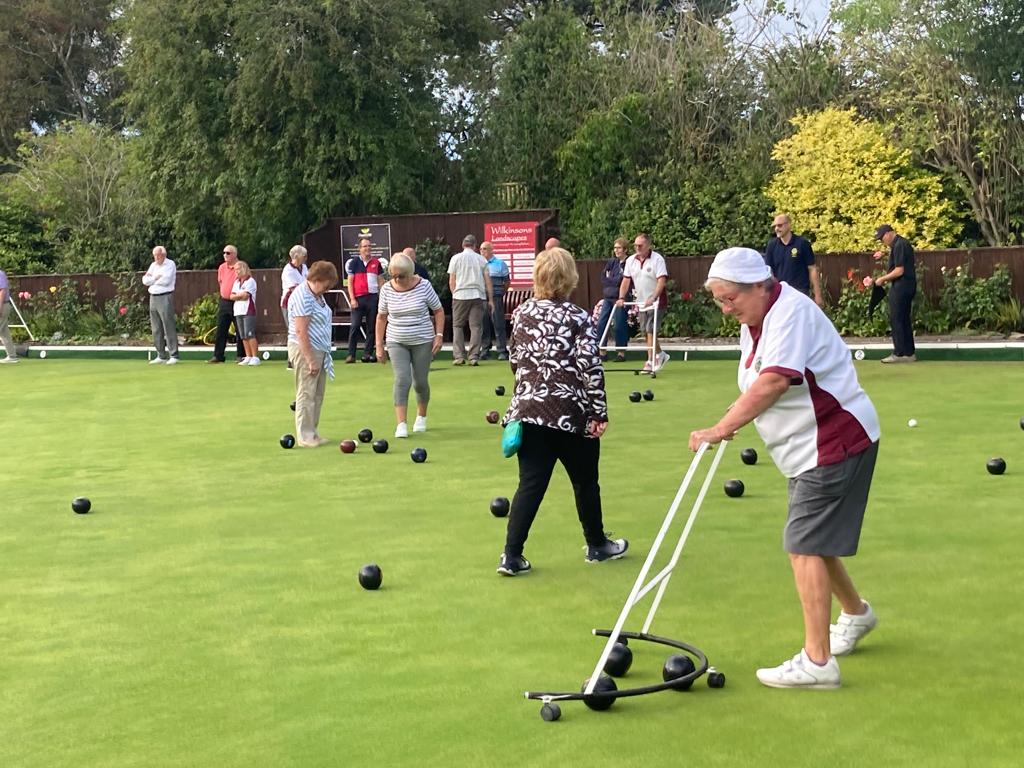