On Tuesday February 22nd members of Middlesbrough Erimus Rotary took their accustomed zoom seats to take in a presentation from the town’s Deputy Mayor Mieka Smiles.

With a Middlesbrough born mum, Mieka was born and spent her first eight years in Australia before the home town ties became too strong and the family returned to Teesside.

The rest of Mieka’s youth was spent at a number of addresses across the town and its surrounding area until a Media Studies degree course at Leeds Metropolitan University showed her a wider Northern perspective.  This was followed by a Master’s in Journalism at Sunderland.

An entry into local newspapers at the Hartlepool Mail coincided with the growth of online reporting with its instant opinions and feedback, a feature which she found particularly attractive.

Stepping into the world of freelance was the next career step and Mieka explained how she found herself contributing articles for a variety of national online news outlets.

Entering local politics was not a planned departure but derived from a campaign to retain Section 106 development funding to be retained for Nunthorpe schools. Encouragement from other local leaders got Mieka’s hat into the ring and although the timing for her party (Conservatives) was not propitious she squeezed in to represent Nunthorpe with a majority of just nine!

When local councillors were invited by newly elected Mayor Andy Preston to put their CVs forward Mieka’s was both included and subsequently selected to be on the Council’s executive team.

Currently her remit includes Children’s Services (which accounts for a large proportion of the Council’s spend).

As to the future Mieka expressed optimism about the potential to revamp Middlesbrough town centre, with a successful bid for government funds and an ambition for the town to get on the front foot when it comes to selling its undoubted advantages for next generation businesses.

A vote of thanks by Kevin Lewis gave members the opportunity to show their appreciation to a young and enthusiastic councillor. 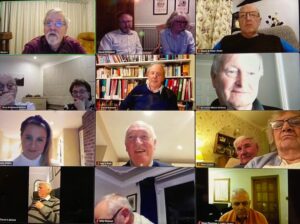