On Tuesday February 1st members of Middlesbrough Erimus received an environmental awareness raising session from France as Rotary member Paul Keeley spoke to the group from his home in Quillan in L’Aude.

As someone who spent much of his teaching career in Africa Paul used two slides of Mt Kilimanjaro taken twelve years apart to indicate visually how global warming was dramatically reducing the glaciers on this iconic landmark. Members were invited to consider their stance individually and as a club on climate change as either leaders of necessary change or followers lagging behind. Using several graphs and diagrams Paul continued to explain the negative changes to our atmosphere and sea level in recent years. Whilst Cop 26 had promised much, in the view of many, its outcomes had disappointed in some respects.

The potential for positive action and practical steps by members, clubs and the North East district were all laid out. In recent times Paul confirmed that clubs across this region of the country had led the way in tree planting both at home and linked to areas in East and Southern Africa. One very beneficial activity for ‘carbon capture’ was the planting of mangrove trees and his final picture of this process taking place in Madagascar was an exemplar for all.

During a Q&A following Erimus members were able to confirm their activities over the past two months in which they had planted over 670 trees along the banks of the Tees and Paul expressed his pleasure at the news. Chris Gent in offering a vote of thanks confirmed that like the wider society we had a significant journey to travel in order to hand on a sustainable planet for our children and grandchildren

Rotary is a Worldwide organisation but is also local to Teesside, Middlesbrough Erimus Rotary is active in support of the community through Education, Environmental, Health and Welfare projects, you might like to join us -Learn more at www.erimusrotary.org 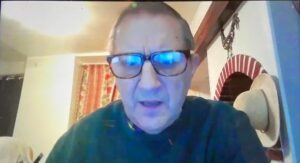 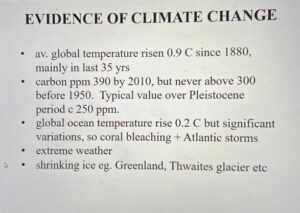 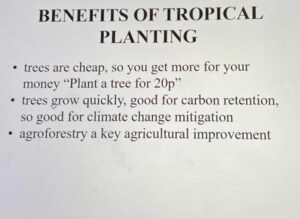