The club and guests were then given a tour through the life and career of fellow member Stuart Davies working backwards in time from his present role providing specialised software and technical support to small business in the area.
This took the form of a reverse hover , flying Lynx helicopters in Bosnia, Northern Ireland and at Dishforth preceded by spells with REME in Iraq, Kuwait and Germany. Trips in helicopters to deliver engineering support in the field had led Stuart to apply and qualify for the pilot’s role in army ‘copters -no simple task with a significant drop out rate. Whilst there were of course several challenging moments and incidents throughout his time, Stuart described most of his service in uniform as ‘A lot of fun’.
A varied and wide ranging career prepared Stuart perfectly for the challenges of Lockdown because since last March his flying skills have been translated to Zoom support services within the club! Without his deft stick work on the controls our meetings would have proved far less effective as we are transferred from ‘breakout rooms’ to central gallery with a screen share for company. The vote of thanks was simply for Stuart’s talk but the applause which followed was for the first class job he has done in keeping all of our members on the same screen whatever our level of competence. Thanks again Stuart, your skillset has kept our Rotary activities on a safe and steady flight path.

Pictures show Stuart at the controls as troops prepare to abseil to ground and- despite appearances Stuart presenting his talk from darkest Coulby Newham! 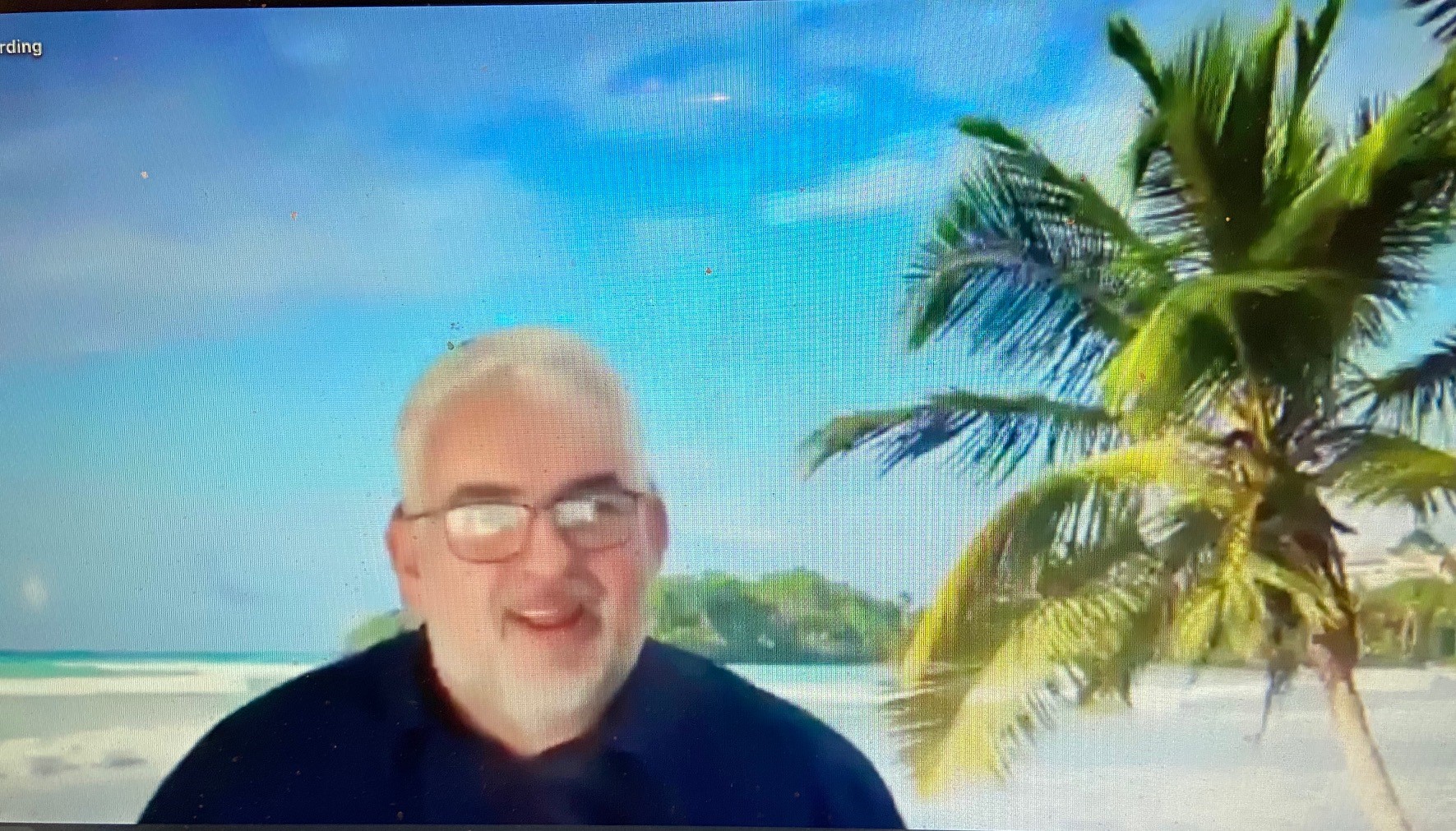