From the formation of Middlesbrough Erimus Rotary club in 1985 we made enquiries to seek other clubs across Europe formed at a similar time with a view to forging closer links. This resulted in a partnership with a newly formed club in Zuidhorn near Groningen in the Netherlands and subsequently links to Limburg-an-der-Lahn a medieval town near Frankfurt Germany and later Inowroclaw in Poland.

Over subsequent years members have visited each other’s venue with home hosting being the norm. Our original intentions of sharing fellowship and experiencing the culture of each other’s countries has been significantly added to by joint charity projects often in support of regions in the third world, to date more than 20 countries have received support from these ventures.

During successive years a total of more than 90,000 Euros has been provided to initiatives as diverse as school building in Tanzania and a hydrotherapy pool in Slovakia.

This year our visit was to Limburg, our hosts were as hospitable as ever ,there were tours of amazing fairy tale castles, a guided visit around their 11th century CathedraL,a cruise on the river Lahn and a final night party in a medieval Schloss (castle) to remember.

What made this visit really special however is that in the culmination of a joint project between the four clubs which began just a few days after the invasion of Ukraine it was possible for Jacqui Molyneux our Rotary International Foundation link to announce a Disaster Relief grant of $25,000 to aid our fundraising efforts for the war torn country.

Additional Ukrainian support from Rotary clubs across the North east of England has been channeled through Erimus to our Polish colleagues and the four clubs working together have now gained a total of over €100,000.

Members of Inowroclaw rotary explained how funds sent directly were being used on the ground to provide psychological support for traumatised young people , purchase much needed medical equipment and hygienic supplies and for many other desperately urgent causes..

Thus, a project initially set up to offer friendship and fellowship across Europe is proving highly effective in getting urgently needed funds directly and without middlemen to people we shall never know. An excellent example of Rotary’s motto Service above Self and over 100,000 good reasons to visit our friends in Europe once again. 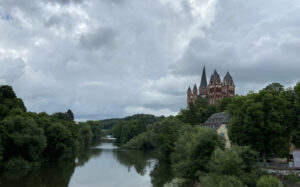 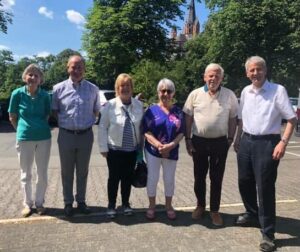