Three in One gets Macmillan

On Tuesday 26th October the three Rotary clubs of Middlesbrough zoomed in together with over 36 screens focussed on a presentation from Sarah Goldie about Macmillan Support for Cancer.

An introductory video spoke of the efforts of Douglas Macmillan who had watched his father die from the disease then go on to create the hugely influential and beneficial organisation we all know and respect. At its founding in 1911 little was known or understood about the illness, by 1913 about 60 patients were being helped whilst today there are millions who receive support and assistance. Prior to Covid over 1,000 diagnoses were received each day in the UK. Practical assistance, a sympathetic and knowledgeable listening ear and grant assistance are just some of the services described.

Sarah explained that the pandemic has resulted in both necessary redundancies, reduced fundraising potential and increased online operations for the group. There are currently 10 professional Macmillan nurses operating in Middlesbrough with proportionate numbers in the neighbouring towns.

A lengthy series of questions displayed the clear empathy and support for Macmillan, and Robin Smith President of host club Cleveland spoke for all when he expressed our sense of gratitude for the work of the charity and its staff. 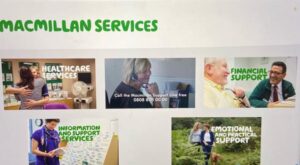 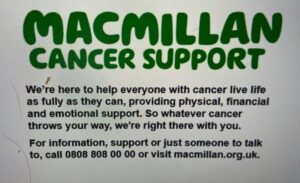